This summer in June some of us had the opportunity to take part at a very interesting exhibition deling with the topic of klecksography. Levente Bakos, a Hungarian artist had opened his exhibition called Hic sunt daemones (Demons inside). 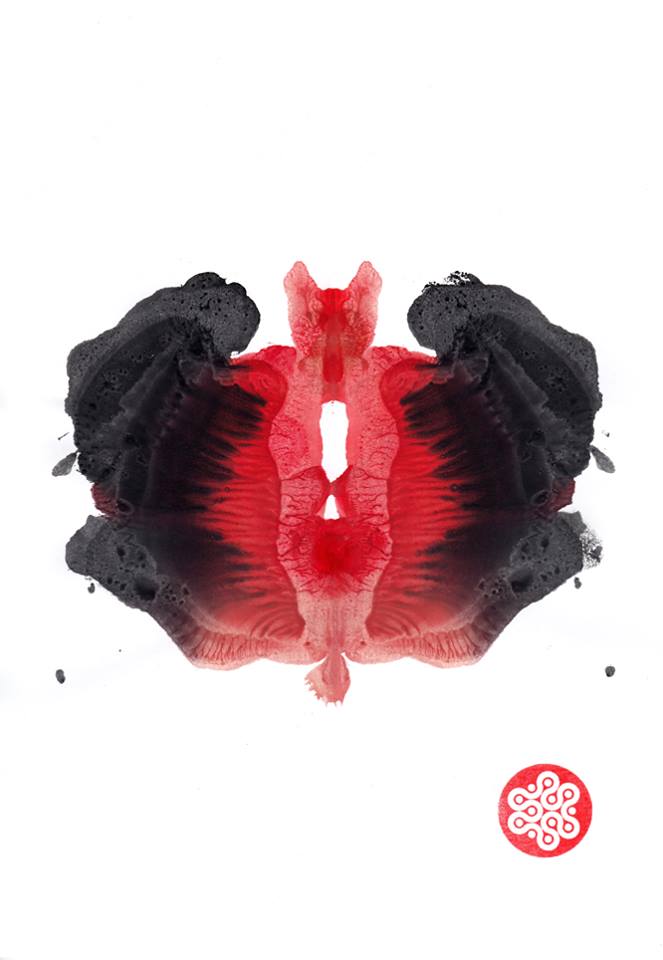 A short history of klecksography

One commonly known example of klecksography is the Rorschach test used in Psychology. However, inkblots were also studied in the XIX century: Justinus Kerner, poet and medical writer, approached the theme from its spiritual aspects, as he believed these inkblot paintings to be windows to the other side, with its demons, bats and skeletons. His poems illustrated with inkblots were published after his death in 1890 with the title: “Kleksographian”. A similar art publication, “Gobolinks”, was first published in 1896 by Ruth McEnery Stuart and Albert Paine and re-issued in 2013.

The Rorschach test or inkblot test is named after its creator, the Swiss psychologist Hermann Rorschach. The test is based on the concepts of apophenia and pareidolia: meaning, in a loose sense, the ability to draw conclusions from a small amount of information, to be able to associate, to be able to define things having very undetermined information, for example seeing a human face in a cloud or hearing a human voice from a tape played backwards

Science in general does not regard the test as being particularly accurate or trustworthy – nevertheless, it became an inexhaustible source for artists. 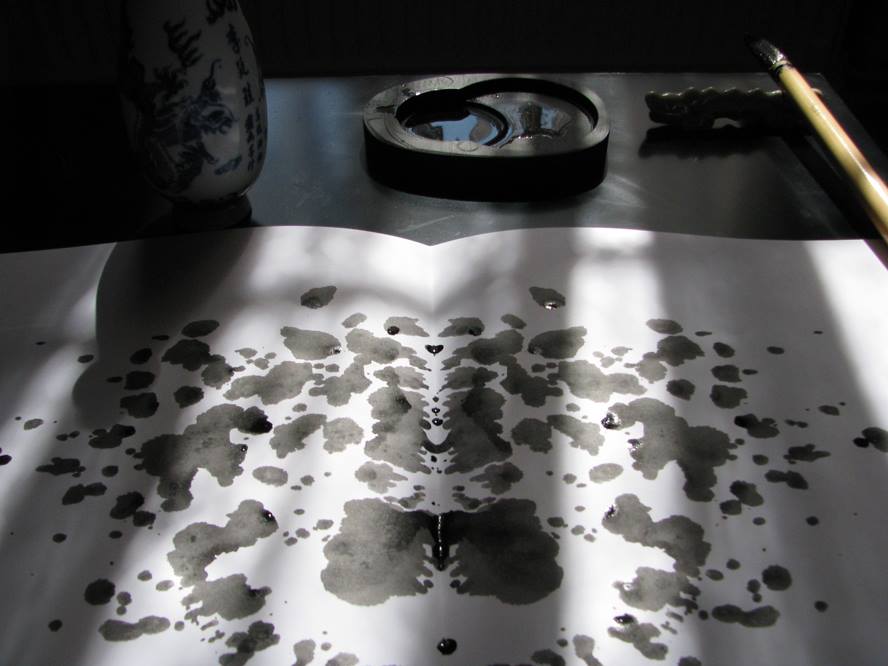 Klecksography and art – an interview with Levente Bakos

This topic may seem to be a considerable switch from your older themes. However, those who know you better think that it is a very suitable genre for your personality. Can you tell us something about why you chose klecksography as a tool of self-expression?

I have been studying Tibetan calligraphy for many years, and since then, there was a need to record my devotion to certain quotes in gothic script. A certain Francisco Goya quote (El sueño de la razón produce monstruos) inspired me to play again with the inkblot technique. The spots give so many really amazing and diversified opportunities, so all my original plans turned to something new. Just like buddhist calligraphy, klecksography also hides some kind of special spiritual praxis, and just opens its doors for me. I am also interested in the psychological background, comparing it with Buddhism is the crucial thing for me.

This “eastern line”, the purity, the colours reflect your style. How consciously are you keeping on with your original style?

The classic or original medium of klecksography is black ink. At first, I made some initial experiments on acryl and aquarelle, and it seemed to be a good idea to try Japanese ink. It was a demand, a must for me, based on both the history of this technique and my past years involved in Tibetan calligraphy. I insisted on using vermilion red seals as well (and I planned lots of new seals of course) – so although the technique is definitely European or Western, several paintings are very much like the East Asian type of brush painting (sumi-e or shuǐ mò huà).

How do you work? Do you plan what to put down on the paper, or do you melt in the process of creation?

Watercolour, acrylic and ink work differently, as do papers, so I splash down blots or draw strict lines with a brush over the paper. Although the brush is not in physical contact with the paper, it leaves a mark on it. Folding the paper seems to be easy but it is important the way you press it, how smoothly, and which direction, and what you do after unfolding the paper. The result can be somewhat influenced by how you drop the blots or folding of the paper, for example, you might want a face-like image but then there is a risk that the essence, the spontaneity will be lost. It is not worth planning the shape in advance and trying to influence the procedure accordingly, to achieve the desired goal. Practically speaking, I simply sit down and start to “paint” without any special preliminary expectations or purpose. I do not expect to create “something” every time but since usually all the past experiences appear and get involved in the process, after all there can be some spectacular “by-products” of that praxis. It is absolutely not the case that I only drop the blots and fold, and drop and fold…. trusting some kind of spectacular or iconic image to blind luck. The process is definitely more complex.

What do you think about Rorschach tests?

Well, everyone knows them, everyone thinks that the things you imagine in these blots uncover the hidden side or deeper level of your psyche. However, Rorschach himself thought that seeing the inkblots either partially or whole is very important, and furthermore whether the patient can see them being in motion or fixed.

The fact that people see a butterfly or a bat in the blots is absolutely irrelevant for psychoanalysis. This is completely understandable. For example, the perception of the bat is inseparable from the cultural background. This magnificent animal arouses fear and disgust in Europe. In the contrary, in China the bat is a symbol of luck and happiness, because in Mandarin Chinese language both the words of “bat” and “good fortune” are pronounced as “fú” (although they are written with different characters). For these reasons, I especially like the bat-like klecksographies.

If people often see diabolical faces or monstrous creatures in the inkblots, they often attach special significance to it. This phenomenon can become a popular way of detecting such beings, because in the absence of their real physical model, they are easily imaginable and visible as an irrational and unorganized ensemble of forms. 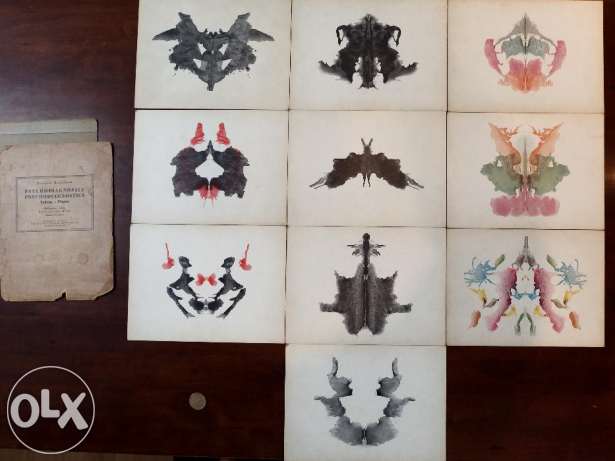 Artworks inspired by the Rorschach-test i 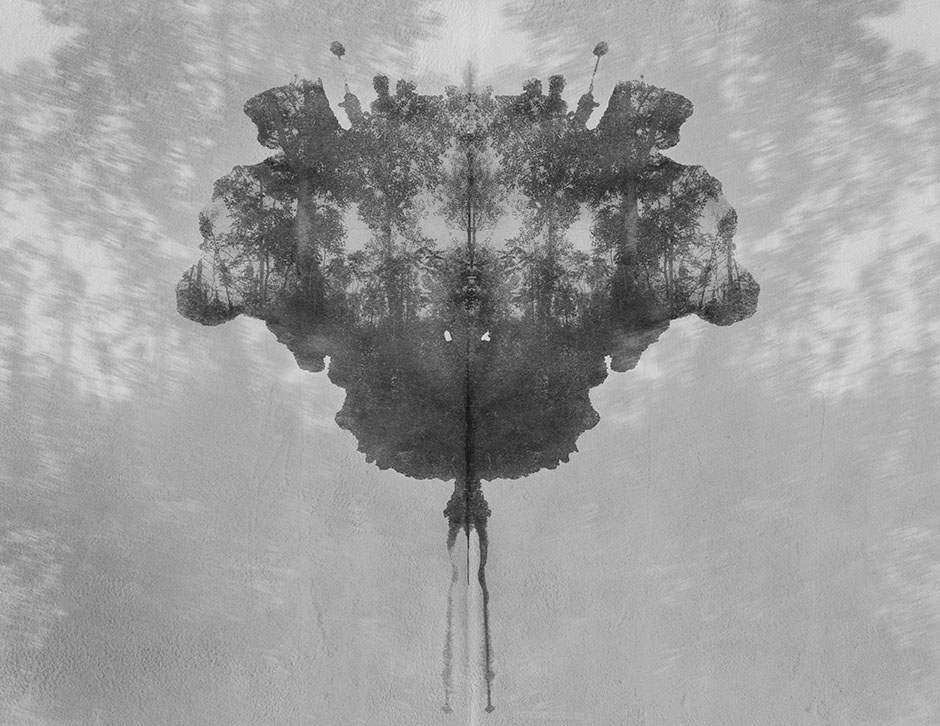 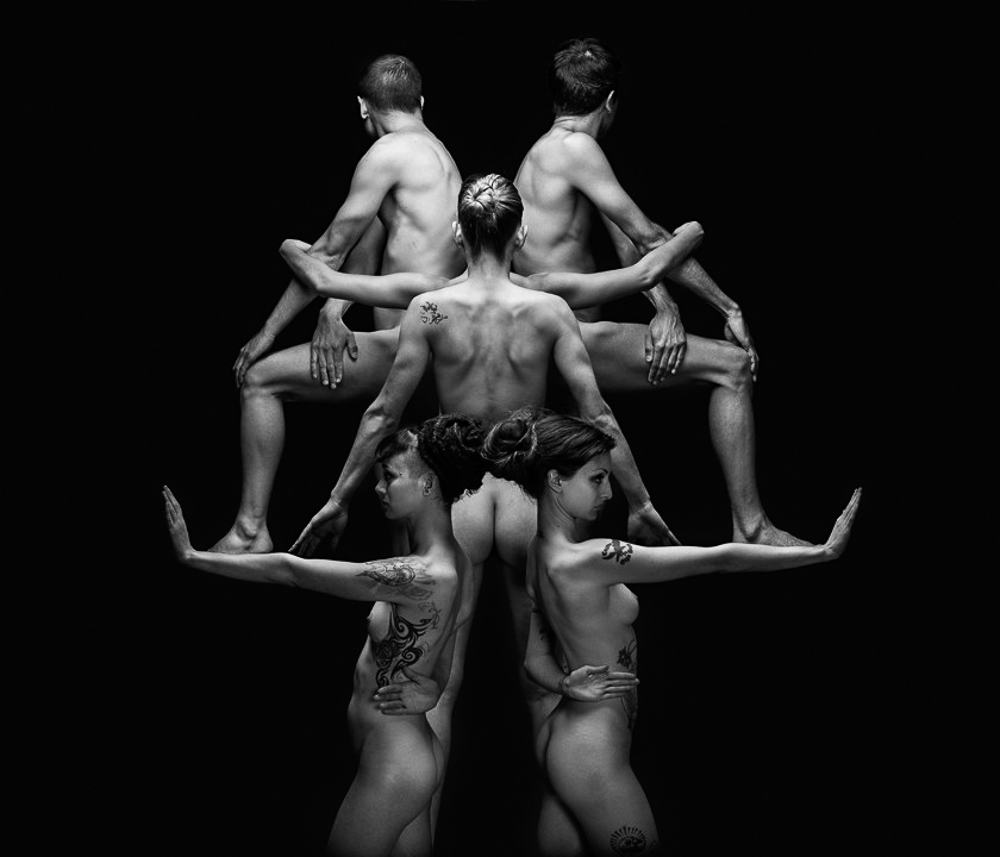 Music for the exhibition by Der Zunder

Houston we have a problem